Version 10.1 brings significant performance improvements with the lazy loading of shared representations and the upgrade of CDO, the run-time persistence framework used by Obeo Designer Team.

This new release improves also the management of commit descriptions, allowing the users to better document their changes.

This new version dramatically reduces the time spent to open a Modeling Project containing many representations.

Now only the semantic model (containing the data) is loaded when the project opens. A representation (diagram, table or tree) will not be loaded until the user opens it. 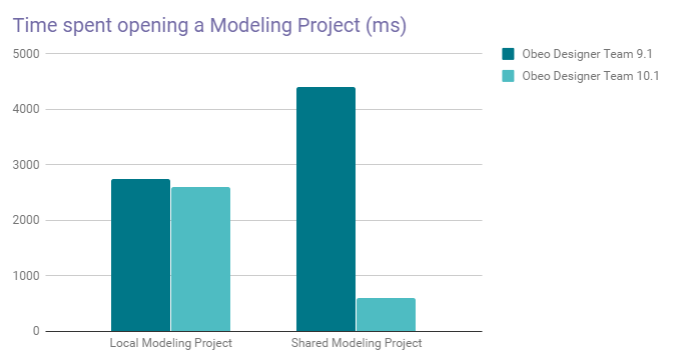 As shown on the figure, opening a shared Modeling Project is now far quicker than opening a local one and independent from the number of representations. This figure is based on a semantic model containing 24 000 elements and 64 diagrams containing 300 graphical elements each.

Instead of waiting for the loading of all the representations at once, the time is distributed on each representation's first opening. This small additional time depends on the number of graphical elements. 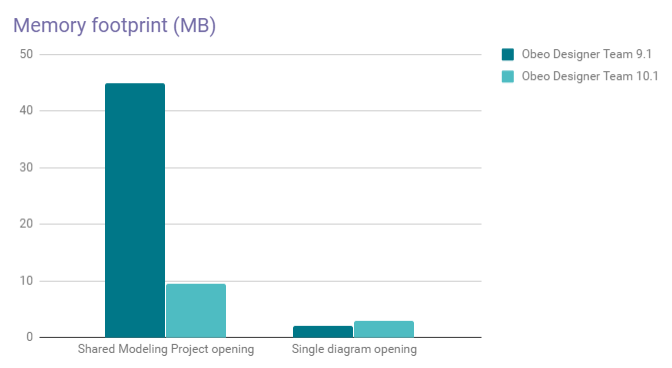 This new mechanism is activated by default, but it can be deactivated if you prefer to use the previous loading strategy.

In Obeo Designer Team 10.1, CDO 4.4 has been replaced by CDO 4.6, the latest version of this scalable model persistence framework. This new version significantly improves the stability and the performances.

In addition, many optimizations have been developed in Obeo Designer Team to optimize the exchanges between the client and the server and reduce the network traffic. These improvements have been measured on several mechanisms such as the refresh of diagrams, the management of commits, etc…

A commit description is a message that the user can enter when he saves his changes. It allows him to document the history of modifications.

Before Obeo Designer 10.1, the possibility to enter commit descriptions was provided by an option implying the opening of a dialog for each saving. This feature has been improved for a better user experience. 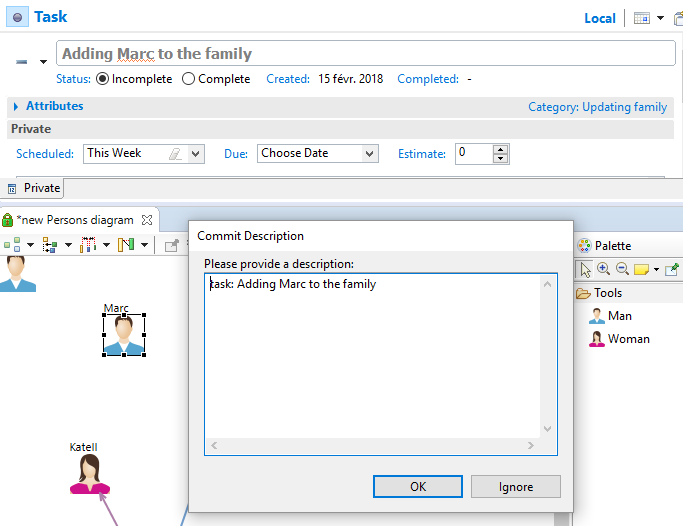 To remember what came with previous versions: What's New in Community Edition 10.1.